"This project represents a more than $200 million investment in Nebraska," said Armando Pimentel, president and chief executive officer of NextEra Energy Resources, the world's largest generator of renewable energy from the wind and the sun. "We are pleased to partner with OPPD to bring low-cost, renewable energy to their customers, and for the tremendous support we have received from the community of Wayne and Stanton Counties, many of whom stand to benefit from the project for years to come."

The Sholes Wind Energy Center will feature 71 GE wind turbines designed to pivot to capture the prevailing wind and convert it to clean, renewable electricity. Together, they have a generating capacity of nearly 160 megawatts. An affiliate of NextEra Energy Resources will build, own and operate the project. The energy will serve customers of OPPD through a 20-year power purchase agreement.

Wind energy represents a clean, renewable source of energy that creates no greenhouse gases or other air pollutants, uses no water resources to generate electricity and creates no waste by-products.

"The inclusion of the Sholes wind farm in OPPD's generation portfolio not only helps us reach our renewables commitments, but will also have a positive economic impact on the surrounding area," said Timothy J. Burke, president and chief executive officer of Omaha Public Power District. "We look forward to working with NextEra Energy Resources to provide environmentally sensitive electricity to our public power customer-owners."

The Sholes Wind Energy Center will provide a significant economic boost for Wayne and Stanton Counties, creating approximately 200 jobs during the construction phase this year, and up to 10 full-time jobs to support the project once it becomes operational in December 2018. The project is expected to provide more than $30 million in property taxes to Wayne and Stanton Counties over its first 30 years of operation, and approximately $40 million in payments to local landowners.

"We are thrilled to see the Sholes Wind Energy Center being built in Wayne County," said Luke Virgil, executive director, Wayne Area Economic Development. "We believe the project will generate more than just renewable electricity. We believe it will create great jobs, provide new income for landowners, and establish collaborative partnerships between various entities, which should generate long-term stability in the area. Further, the project creates new revenue streams for the county and area schools, which may help to ease the increasing burden of property taxes on landowners."

In addition to the aforementioned project benefits, NextEra Energy Resources has pledged to sponsor tours of the Nebraska State Capitol for all fourth grade students in Wayne and Stanton Counties, for the operational life of the Sholes Wind Energy Center. The company was a lead-sponsor of the Nebraska Experience for Fourth Graders, an initiative during the Nebraska 150 Celebration in 2017.

Omaha Public Power District
About Omaha Public Power District
OPPD is a public power utility in operation since 1946. Headquartered in Omaha, Neb., OPPD serves 833,000 people in a 13-county, 5,000-square-mile area of eastern Nebraska. Nebraska is the only state in the country where residents are served entirely by public power utilities, which are governed by locally elected boards of directors. The addition of the Sholes Wind Energy Center will bring OPPD close to having 40% of its generation come from renewable resources.  OPPD is the 12th largest public power utility in the United States based on number of customers. For more information, visit www.OPPD.com. 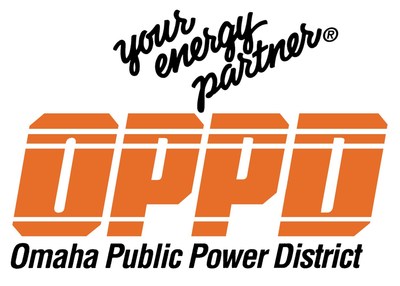