JUNO BEACH, Fla., Nov. 13, 2017 /PRNewswire/ -- Florida Power & Light Company (FPL) today announced that it mobilized and transported 1,000 power line poles, previously located in North Florida, to Port Canaveral and then to Puerto Rico to assist with the rebuilding of the electrical grid that was devastated by Hurricane Maria. 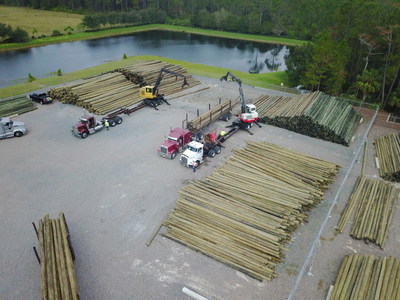 In addition, senior leadership representing FPL accompanied Florida Gov. Rick Scott's energy company delegation to the U.S. territory on Nov. 3. Since that time, FPL leadership has remained in Puerto Rico where it has been providing technical expertise and guidance to the restoration effort.

"As the destructive force of Hurricane Maria became apparent and even prior to completing our own Hurricane Irma-related restoration, FPL assembled a team of restoration professionals and made it known that we stood at the ready to offer our support to help rebuild Puerto Rico's electrical infrastructure," said Eric Silagy, president and CEO for FPL. "As we sought assistance from other energy companies in the aftermath of Hurricane Irma, we provide like support to those whose energy grid has been damaged by natural disasters and help bring life back to normal for our fellow Americans. In fact, 300 of our employees and contractors returned to Florida last week after helping restore power in Maine that was impacted by a Nor'easter last month."

The 1,000 power line poles were part of the company's storm inventory that is stored near one of FPL's substations in Flagler County. Thirty-three trucks delivered the poles to Port Canaveral where they will be loaded on a cargo ship scheduled to leave for Puerto Rico this week.

FPL continues to stand ready to provide whatever assistance is necessary should the company receive the request. 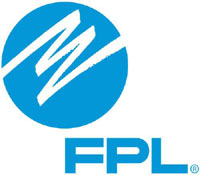