Florida Power & Light crews deploy to Puerto Rico to help speed restoration efforts
- 140 FPL lineworkers and support staff departed today from Florida, joining a new wave of support from energy companies across the U.S.
- FPL crews will work with the company's leadership already on the island who represent one of seven Incident Management Teams from across the U.S. energy industry
- FPL is committed to restoring service to Puerto Rico and will remain on the island for as long as the company's assistance and expertise is requested 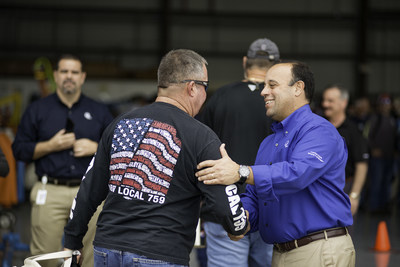 "As part of FPL's commitment to helping restore electric service to our fellow Americans in Puerto Rico, our dedicated employees worked tirelessly throughout the holidays – both on the island and here at home – to prepare for this next wave of support," said Eric Silagy, president and CEO of FPL. "Providing mutual assistance is a staple of the energy industry, and our thoroughly trained, well-equipped lineworkers are ready to hit the ground running once they arrive in Puerto Rico. We know just how difficult it is to be without power, which is why we are prepared to remain in Puerto Rico for as long as our assistance and expertise is requested."

All of the island's 3.5 million residents lost power due to Hurricane Maria in late September. FPL lineworkers and staff are part of a nearly 1,500-person contingent of electric workers from across the country. In late December, FPL began to transport vehicles and electric equipment via barges to Puerto Rico from the Port of Fort Pierce in St. Lucie County, Fla.

The company's lineworkers and support staff will work with the 10-person FPL Incident Management Team (IMT) that has been working in Puerto Rico since Dec. 10. FPL employees represent one of seven IMT assigned to seven regions across the island in coordination with the Puerto Rico Electric Power Authority (PREPA), the U.S. Army Corps of Engineers (USACE), the Federal Emergency Management Agency (FEMA) and electric company contractors who already are restoring power. FPL's IMT will continue to support power restoration in the region of Bayamon, just west of San Juan.

FPL's support of power restoration in Puerto Rico began after the company completed its own restoration in the aftermath of Hurricane Irma. In the days immediately following Hurricane Maria, NextEra Energy, FPL's parent company, donated $100,000 and matched the same amount from employee donations to help those affected by the storm. Many employees also held fundraisers and supply drives to assist those impacted across the island.

"We feel a responsibility to help speed power restoration in Puerto Rico, partly because many of our customers and employees have strong ties to the island, but largely because it's the right thing to do," said Manny Miranda, senior vice president of power delivery for FPL. "Having completed the unprecedented restoration of more than 4.4 million FPL customers following Hurricane Irma, I am confident our highly skilled team of lineworkers, management and support staff will quickly begin making a difference for so many of our fellow Americans."

Operationally, FPL coordinated the delivery of thousands of power line poles and other equipment to Puerto Rico and accompanied Florida Gov. Rick Scott to the island in November. Since that time, FPL leadership has remained in Puerto Rico where it has been providing technical expertise and guidance to support the restoration effort. Gov. Scott has made the support of Puerto Rico's citizens a top priority in the wake of Hurricane Maria, communicating regularly with Gov. Ricardo Rosselló, traveling to the island to offer the state's assistance, and regularly meeting with and being briefed by FPL.

Mutual assistance throughout the energy industry plays a critical role in the restoration of power following severe weather events, such as hurricanes, ice storms and tornadoes. In September, crews from 30 states and Canada came to Florida to support power restoration efforts following Hurricane Irma. In fact, those workers, coupled with FPL's more than $3 billion of investments over the past decade to build a stronger and smarter energy grid, helped shave days off the restoration.

In turn, FPL crews have traveled across the nation to help restore power following major weather events many times in the past, including the deployment of approximately 1,000 FPL personnel to the Northeast in the aftermath of Superstorm Sandy in 2012. Recently, more than 300 men and women deployed to Maine and Connecticut to assist with restoration activity following an October Nor'easter. 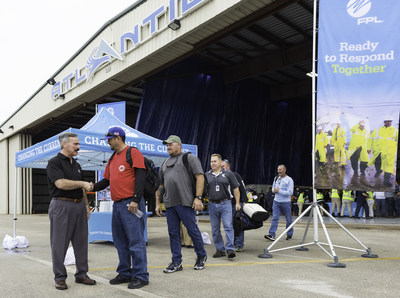